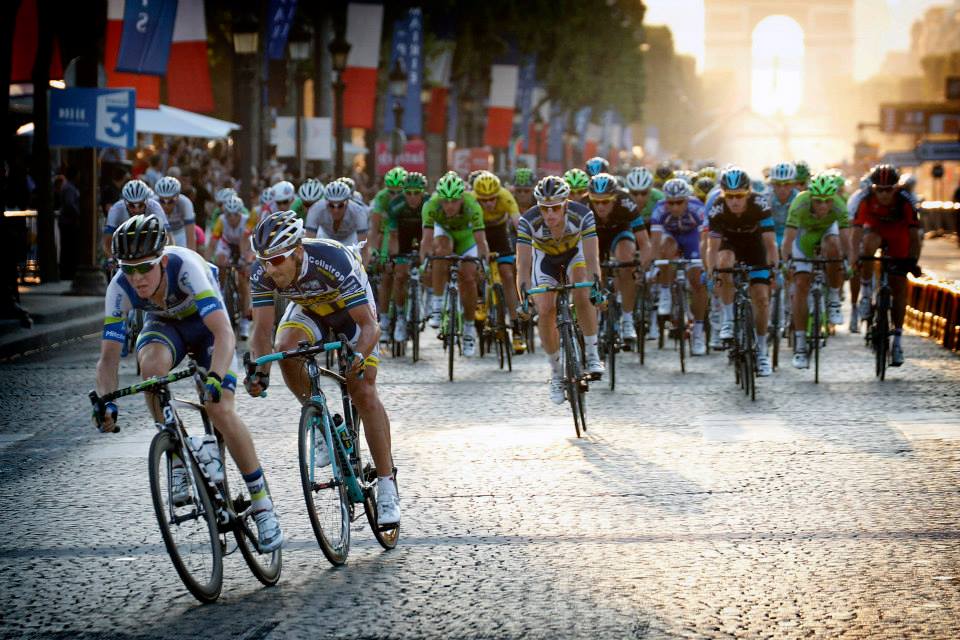 The 100th Tour de France is over, and so is the third for Vacansoleil-DCM. The stage victory everyone was hoping for didn’t come about for the team of Hilaire Van Der Schueren and Aart Vierhouten, but the secondary objectives were achieved to a large extent.

The team wanted to be visibly present in sprints, mountain stages and breakaways. There was hardly any break without a Vacansoleil-DCM rider in it; the prize for most combative rider was won by both Flecha and De Gendt, who also rode an outstanding time trial; and the team was the best in the team stage classification no less than three times.

There was also bad news. Lieuwe Westra had to abaondon the race on the Champs Elysées. The Fries has a severe respiratory infection, for which he had been treated with antibiotics for two days. Sergey Lagutin crashed and suffered an open finger fracture. The Uzbek rider was transported last night to the Belgian hospital of Herentals to be operated on.

In the final days of the Tour, the Dutch formation had already lost Kris Boeckmans. The Flemish sprinter fought with the time limit in the very difficult Friday stage, but lost that battle after a flat tyre which could only be fixed after ten minutes. In that same stage both Johnny Hoogerland and Juan Antonio Flecha showed themselves again. However, the two couldn’t hold their ground against the very select group of riders from the numerous breakaway they had all been in.

A similar scenario was laid out for Wout Poels, who – after two Tours gone badly – now has reached Paris. The rider from Limburg lost a good place in the GC during the first Pyrenees stage, but took revenge in the second, in the stage to Mont Ventoux and in the Alps. “It’s nice to be able to finish the Tour in this way for a change. Never did I have to get on the bike totally fatigued. I wanted to get going every morning. I have shown myself a few times uphill. That gives me confidence for the future.”

Johnny Hoogerland saw a lot of riders in the final stage who were more dead than alive. “I’m guessing everyone is glad it’s over”, the Dutch champ says. Hoogerland should also be congratulated for reaching Paris for the third time. Who would have thought so five months ago, when he was lying badly injured in the intensive care unit of a Spanish hospital? “I had raced for barely twenty days when I got to the start in Corsica. I have suffered a lot, but did a good job nevertheless.”

It goes without saying that the Tour debut of Danny Van Poppel was a success. The youngest participant was right in there, with the elite of the sprint. He wore the white jersey and only left on the second rest day, heading home with a lot of new experiences and new goals to achieve.

His older brother Boy did get to Paris in his Tour debut, albeit without being able to distinguish himself due to a crash early in the race. Same for Lieuwe Westra, who still suffered from the heavy crash he made in the Dauphiné.

Captain Flecha spoke a few words in Paris to his team mates. “This has probably been my last Tour. If that is the case, I have said goodbye with dignity. I have been able to do what I had planned when I changed Sky for Vacansoleil-DCM. I have had three excellent weeks…”