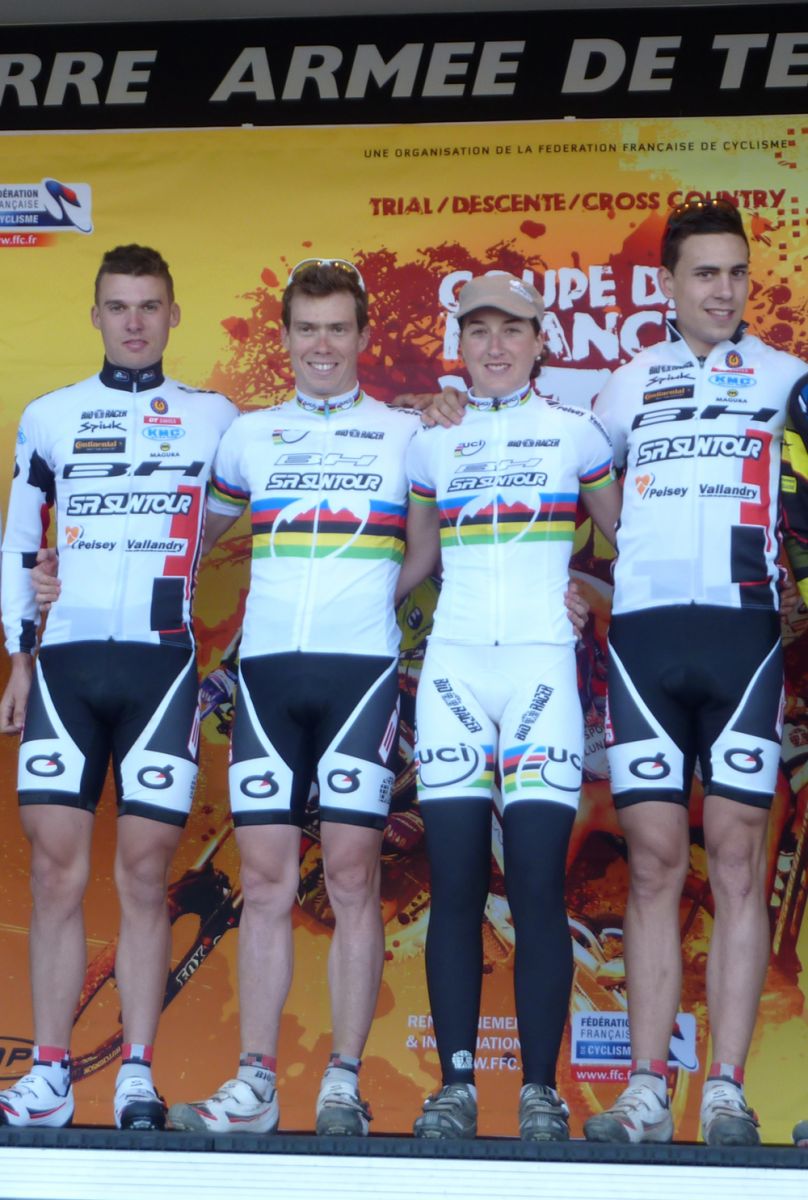 The BH SR Suntour-Peisey Vallandry MTBTeam (hereby referred to as the BHS Team) achieved excellent standings at the 2012 French National Cup with numerous podium appearances. With the first cross-country race of the French National Cup held in St. Raphael, the BHS Team was awarded in the team relay: elite women 1st and 3rd, elite men 3rd and elite U23 3rd.

Julie Bresset and Maxime Marotte were awarded champions in the team relay with a lead of 1 minute and 39 seconds ahead of the other competitors. Laura Metzler also achieved a third place finish.

In addition to performing brilliantly in the team relay, Julie Bresset took control of elite women’s class with a lead of 30 seconds at the end of the first round. After keeping the leader status during the entire competition, she achieved a lead of 2 minutes and 8 seconds to be awarded champion.

When it comes to the men’s elite, Maxime Marotte went from leader to 6th in the first half due to an unfortunate flat tire. He struggled to gain back his time and ended up in 3rd place. His achievement after his setback gave him the confidence of winning the upcoming World Cup (4/14-15).

In competitions, on the path to championships, and when striving for personal goals, KMC XSL series chains are the best choice to accompany riders looking to pursue victory.