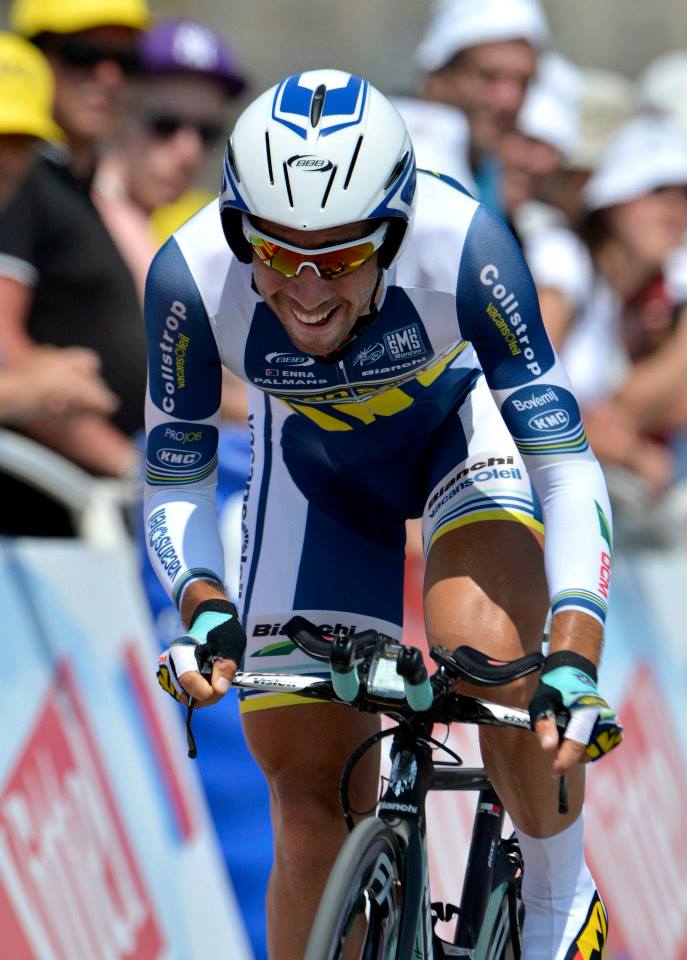 “I had never been overtaken in a time trial before and I wanted to keep it that way.” These are the words of Thomas De Gendt, the strong third of the first individual time trial in this Tour de France. Right behind him in the start order came world champion Tony Martin. The German usually devours the riders in front of him. But when De Gendt’s pride is at stake, the rider from Semmerzake is capable of great performances. “On this track you quickly noticed whether it was going to be a good day or a bad day. For me it was the former. With a 58 x 11 gear I was constantly riding around 60 km/h. Today I show I can do well in a time trial,” De Gendt says.

The almost unbeatable world champion starting right behind him brought out the best in the Flemish Vacansoleil-DCM rider. “I wanted to keep him behind me. Luckily the legs were good. I hope they’ll be like that in the stages to come as well. Who knows they might even be superb in the Alps. You never know.”