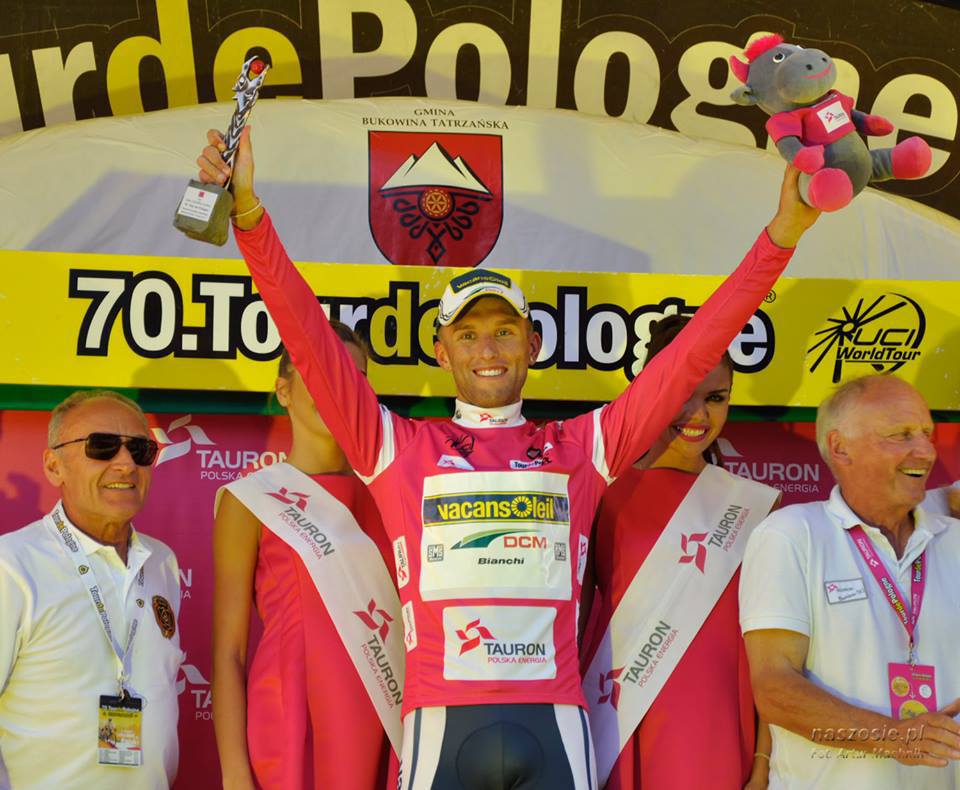 POLOGNE: Third KOM in a row

The Tour de Pologne 2013 (WT) seems to have been Tomasz Marczynski’s race of resurrection after a difficult period. In this hard and warm race the former Polish champion managed to bring home the KOM jersey. Before the race Marczynski had stated: “I have come to show myself. Everything is better than to paddle anonymously in the peloton.” It’s safe to say he certainly managed to do so…

DS Bob De Cnodder: “This is a great result. I am very pleased that the team manages to win the KOM prize for the third year in a row. It was a close call, still, especially on Friday. When Niemiec crashed, Tomasz had to twist his foot so hard his shoe cleat broke. From an almost lost position with help of the team he managed to close a three minutes’ gap. By doing the maths in the car and of course thanks to a strong Marczynski we pulled it off.”

This result is undoubtedly a good start for the second part of the season. De Cnodder: “If Tomasz manages to build on his current shape, things look good for the Vuelta. Rafa Valls Ferri also rode a good race, despite one offday on Friday. The right preparation should help him perform well in Spain. Mirko Selvaggi didn’t want to overtax his knee. He has some other races ahead”, De Cnodder explains. “But his performance earlier this week – going full gas in the breakaway for over 200 km – was textbook.”

Conclusion: the Tour de Pologne was successful? De Cnodder: “Definitely. Regardless of results I saw a tightly knit team. Also our youngsters – Bert-Jan Lindeman and Maurits Lammertink – did well. They gained experience and upped their condition for the rest of the season.”