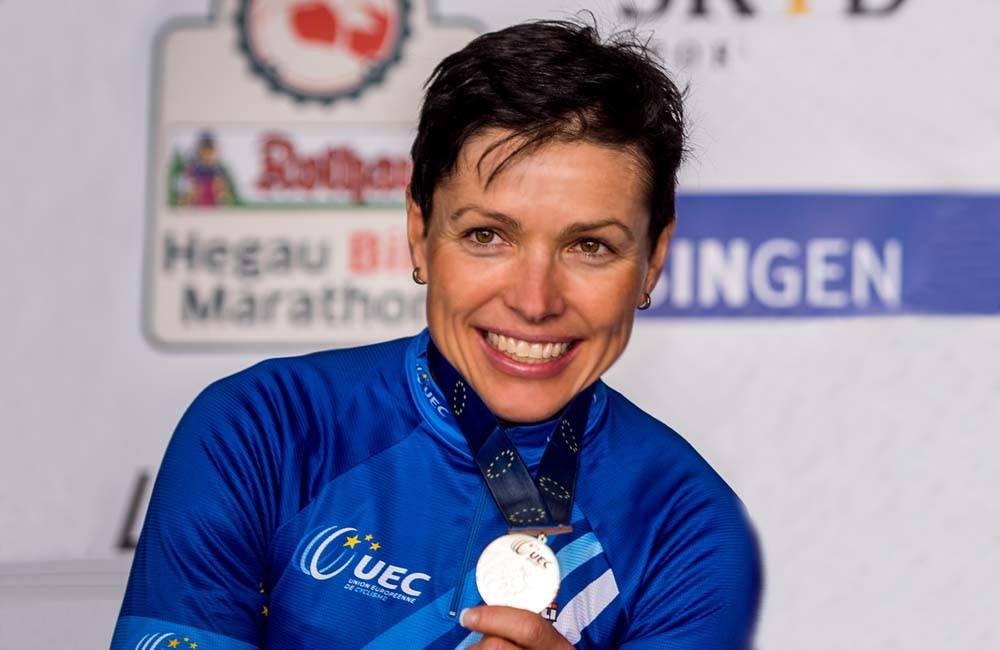 Sabine Spitz took the European champion title in the mountain bike marathon race. Olympic champion Sabine Spitz (43) managed a perfect start in her 22nd racing season. In her first major race of the season in Singen/Germany she won by 3: 10.35 hours on the distance of 80 kilometers. The race was dominated for long periods of tactical riding and the decision war made on the last 1000 meters. The world ranking leader and World Cup winner Jolanda Neff (SUI) started the attack at the "Flame Rouge”. In this situation it was just Sabine Spitz who could follow Neff. 500meters to the finish line Sabine Spitz managed the close the gap to Jolanda Neff. At the same moment she took the advantage of a better line and was then a couple meters ahead of Neff. With the same gap Spitz rolled over the finish line followed by Neff. "It’s just brilliant, done everything right, a perfect day" beamed the overjoyed winner, over her fourth European title and the eleventh medal at the continental championships in total. In third place followed by 9 seconds was Esther Süss another Swiss woman who couldn’t follow the brake away of the Swiss teammate as well as the other six riders of leading group.

The race conditions been perfect. Sun, dry - a fast course. The women started for two long laps through the Hegau. That several world-class athletes had reported at the last minute, the goal to win a medal seemed to be in danger - but Sabine Spitz was from the beginning in the leading group and always height alert. Soon after the start, the first big climb a group of eight riders had formed the lead with all of the potential medal candidates in it. Sally Bigham (GBR) and Esther Süss tried to increase the speed on the climbs but it was always easy to Sabine Spitz to follow. Then after 55km it looked like a successful brake away. On the longest and hardest climb Sabine Spitz and Esther Süss could open a gap to the others. Only Jolanda Neff was able to stay closer while Gunn-Rita Dahle and Sally Bigham had lost the contact. However, in the following flat part they could catch up with the leaders again and everything seemed to come down to a great final sprint. Not the favoured situation of Sabine Spitz. “I’m not really a sprinter”. Until the “1km to the finish sign” all there close together a high alert. Then it was Jolanda Neff - the youngest and strongest sprinter in the group- who attacked. Only Sabine Spitz react immediately and followed her on the heel. "I thought 1000m, now two minutes all out ... then I felt 500m before the finish that Jolanda’s speed droped a bit. I put everything on one card and attacked Jolanda by myself. On the last meters of the zic-zac-course I found the best line to the finish”. Described Sabine Spitz the dramatically final. With five meters ahead she crossed the finish line as the winner.

With this victory Sabine takes a lot of motivation for the next tasks. In two weeks, the Mountain Bike World Cup begins and in September the World Championships in Andorra is another big goal on the way to her fifth Olympic Games 2016 in Rio. 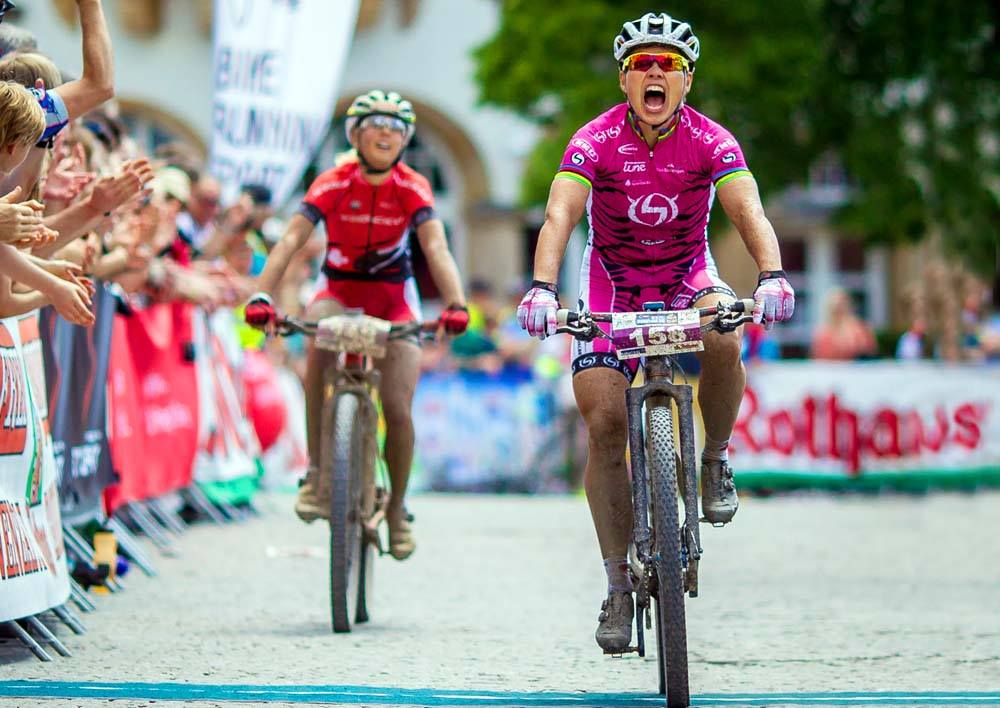