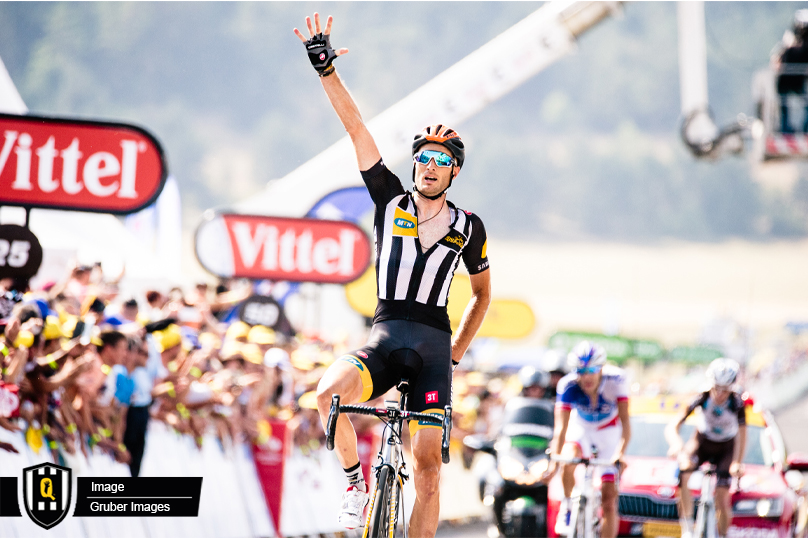 In another transitional stage of the Tour de France, Steve Cummings found himself in the main break of the day at the Tour de France for MTN-Qhubeka p/b Samsung. Steve was joined by 19 other eager contenders as they built up an 8 minute lead over the peloton. It was looking good for the breakaway riders as the large lead group had no real adversaries in the peloton willing to chase them down.

It would be a special day for Team MTN-Qhubeka p/b Samsung as our African team would honour Mandela Day during today’s Tour de France stage. The plan was always to animate the stage for our African team on a day where we hoped to bring light to the Mandela Day cause. Nobody could have dreamed of the fairy-tale finish that was, Steve Cummings crossing the line solo to win the stage after the stage long break. 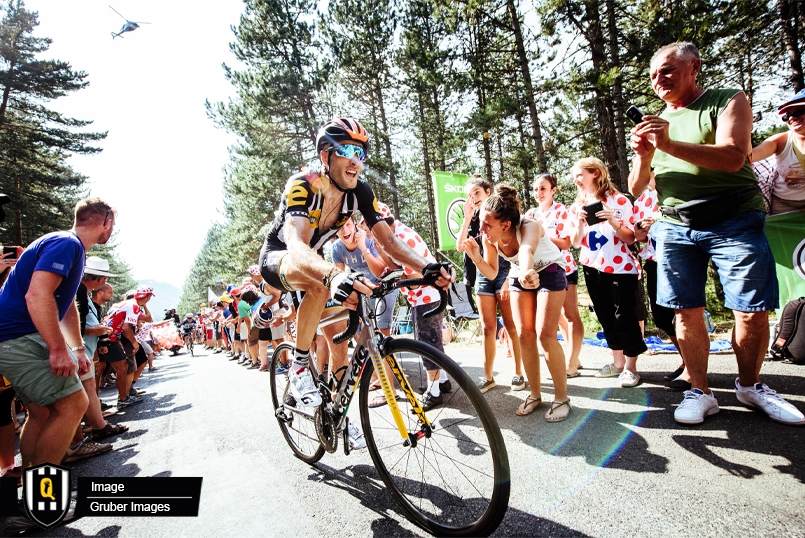 In a late solo escape, Steve was able to distance Thibaut Pinot (FDJ) and Romain Bardet (AG2R La Mondiale) by a very slight margin but still enough to claim a historical stage victory for MTN-Qhubeka p/b Samsung. The two Frenchman that took the minor podium placings would hesitate in chasing down our British star when he attacked at the summit of the final climb of the day. This hesitation was all that was needed for Stevo to cross the line first, arms aloft and history written.

Steve Cummings crossed the line, displaying our teams 5 finger salute, symbolising our #BicyclesChangeLives campaign which aims to put 5000 African children on bicycles. A truly proud moment for our African team.

Steve Cummings – Rider
I wasn’t the strongest today and I knew there were better climbers in our lead group. I had to play the waiting game today as FDJ were looking to set up Pinot for the win. I waited and waited and eventually the last climb arrived which I rode at my own pace. Pinot and Bardet were just ahead and I used them as the carrot dangling in front of me for motivation. Everyone went bananas at the start of the climb but the key was to remain calm and take my opportunity when it arrived. I made contact with the two Frenchman at the top of the climb and knew they might hesitate to chase me if I got the jump on them on the flat part before the finish. I threw caution to wind and just went for it. It paid off and I won the stage. This is an incredible day for me and the team, with it being Mandela Day the team was motivated more than usual but I don’t think we can quite believe what has just happened. It may take a while to sink in.